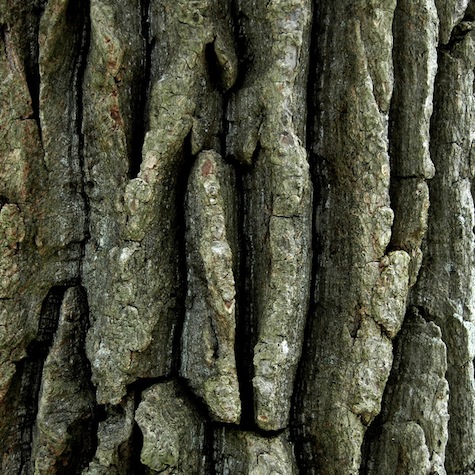 Editor’s note: ENV welcomes new contributor Matti Leisola, editor-in-chief of BIO-Complexity. Dr. Leisola is a professor of bioprocess engineering at Aalto University (previously Helsinki University of Technology). His research interests are in designed genetic engineering of enzymes and microbial metabolism. He has published over 130 articles in scientific journals.
Our lignin paper in BIO-Complexity has sparked some discussion with its claim “that no living organism is able to use it [lignin] as a sole carbon and energy source, despite the fact that it is the most abundant energy-rich aromatic polymer on earth.” (See Ann Gauger’s earlier discussion here and here.) There are reports that seem to indicate that some bacteria can degrade and use lignin as a carbon source (most recently Chen YH et al. (2012) Biodegradation of kraft lignin by a bacterial strain Comamonas sp. B-9 isolated from eroded bamboo slips. J Appl Microb 112: 900-906).
We do say in our paper that

some bacteria can use monolignols as an energy and carbon source, and there are reports that some bacteria degrade plant cell walls by mechanisms called tunneling, erosion and cavitation. However, since lignin almost always contains sugars, it is likely that these processes depend on energy derived from the sugars. Using 14C-labelled lignins it has been possible to show that bacteria from some genera, like Streptomyces, Nocardia and Rhodococcus, do degrade lignin, which is consistent with the identification of a bacterial lignin peroxidase. Degradation is slow and proceeds to a limited extent, with most of the metabolized 14C being in the side chains. Typically several weeks are needed to achieve roughly 10% degradation of lignins below 1,000 daltons in molecular weight, and oxygen is always needed.

How are we to interpret the results obtained by Chen et al.? They used kraft lignin, which is produced in an alkaline cooking process (several hours at 130 to 180�C). Kraft lignin is not the same as the highly polymerized native lignin found in wood matrix. The alkaline cooking process modifies and depolymerizes lignin, mainly by ether bond cleavage; the resulting products include some low molecular weight compounds like acids and phenols. Thus, kraft lignin is heterogeneous, has a wide molecular weight range, is partly water soluble, and contains both aromatic and aliphatic phenolic hydroxyls and 2-3% sugars (El Mansouri et al. (2011) Alkaline lignins for resins. BioResources 6: 2647-2662).
Chen et al. used 0.3% concentration of kraft lignin in the medium because at higher concentrations it is toxic. They detected vanillin, vanillic acid and 4-hydroxy-3-methoxy-benzene propanol in their kraft lignin preparation, all of which were consumed by the bacteria and explain the initial growth, which ceased rapidly. The chemical oxygen demand (COD) decreased about 10% during the growth, and continued to decrease another 20% during the following four days even though growth had ceased.
During this process, lignin was polymerized, as can be seen in the chromatograph (the enzyme laccase explains this), and to a minor extent converted to non-metabolizable low molecular weight compounds (the enzyme manganese-dependent peroxidase explains these products). In fact, both peroxidase and laccase cause lignin to be polymerized and thus become more insoluble. Part of the measured growth as increase in optical density may actually be the result of this increasing insolubility (see Laszlo JA (1999) Solubility and dye-binding properties of quaternized and peroxidase-polymerized kraft lignin. Environmental Technology 20: 607-616). Since Chen et al. removed the formed biomass by centrifugation at the end of the experiment, insoluble lignin and lignin absorbed on the cell surface would have also been removed.
The process stopped because the bacteria could not do anything with the condensed and polymerized fraction and could not metabolize the low molecular weight compounds that were produced (except any vanillin etc. that may have been produced). In any case, most of the lignin was not touched by the organisms. Actually, laccase/peroxidase-catalyzed polymerization of lignin may be a way that bacteria use to protect themselves against the toxicity of phenolic compounds. The process may have nothing to do with growth although some of the low molecular weight products formed (like vanillin) may be used as growth substrates.
To conclude, the highly polymeric insoluble lignin in wood matrix is only attacked by rot fungi, and they need energy to degrade lignin. The resulting monomers can be used by some bacteria as energy and carbon sources, but only to a limited extend. In particular, bacteria that produce peroxidases and laccases (to protect themselves?) can use the monomers as an energy and carbon source but can do nothing with the resulting condensed and repolymerized lignin, or with the highly polymeric lignin found in wood matrix.
An organism that could convert lignin to sugars, proteins and lipids would be immensely valuable for production of second-generation fuels from lignocellulosic materials, for example. Presently, though, the only major use for lignin is burning it for heat production.
UPDATE: Ann Gauger writes: