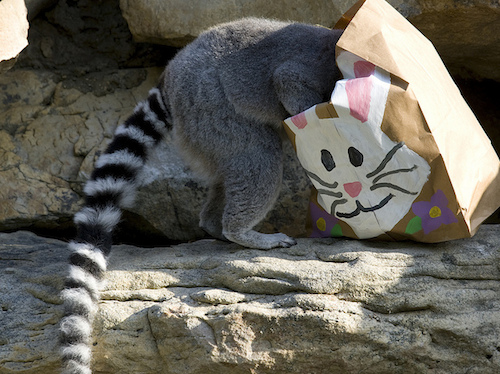 I’ve been examining the claim, extending from Darwin himself down to modern advocates like Karl Giberson, that babies born with a “tail” represent a strong argument for human descent from a tailed ancestor. (See my previous posts, here, here, here, here, and here.) There is still much debate over exactly why tails arise during development, and at least one paper has recognized that the tail’s “etiology is poorly understood.”49 That said, no one believes that pseudotails are an evolutionary relic. This makes it noteworthy that some experts suggest that true tails and pseudotails share similar developmental origins — as birth defects, not as evolutionary relics. A paper in Journal of Perinatology argues that true tails and pseudotails may have similar origins as abnormalities:

Caudal appendages or human tails were divided by Dao and Netsky into true tails, which contain muscle and are movable, and pseudotails, which do not move. However, this is now considered arbitrary and without clinical significance as both kinds are derived from notocordal remnants and the etiology of both is probably similar. … Their etiology is probably related to an abnormal sequence of caudal neurulation.50

Thus, some experts have rejected the “vestigial” view of tails, based on the existence of pseudotails — structures that clearly cannot be an evolutionary relic, yet have the appearance and associated defects similar to true tails. A paper in Clinical Pediatrics explains that a shared etiology would seem to contradict an evolutionary view:

One of the earliest etiological hypotheses suggested that the human tail was a remnant of an embryological vestigial structure seen during early phases of gestation. Other authors have discussed various problems with this [vestigial structure] theory. One is that these tails may [be] present in other areas than the typical sacrococcygeal region. Accordingly, some authors prefer to use the term “neuroectodermal appendages.” Such appendages may be the superficial extension of a dermal sinus tract that results from failure of the neuroectoderm to separate from the epithelial ectoderm of the primitive medullary plate, creating an epithelialized tract that extends into the spinal canal. If simultaneous extension of the epithelium moved outward as well as inward, an appendage could form. In support of that hypothesis these authors claim that pathologic specimens in these series are quite consistent. An important aspect of this pathology is that all of these entities involve neural elements to some degree.51

Thus, some experts now believe that the causes of the “true tail” may be similar to those of the “pseudotail,” the latter being an obvious deformity. Here’s one view of how it happens, from Pediatric Neurosurgery:

The current prevailing concept of the embryology of this malformation is that the tail structure is a form of congenital dermal sinus tract resulting from premature or incomplete dysjunction of the somatic and neuroectoderm during primary neurulation.52

Another paper in Pediatric Neurosurgery explains that the high incidence of abnormalities associated with all kinds of tails raises suspicions that we may not be dealing with genuine tails at all:

They conclude that when associated abnormalities are present, such as spinal dysraphism, it’s inappropriate to consider the tail a vestigial relic:

To our knowledge, the occurrence of such a caudal appendage has not been previously reported. The present case could support the above suspicion that the so-called human tail presented with spinal dysraphism is only an appendage, not a true human tail. Besides, the cartilaginous tissue in this caudal appendage also supports the hypothesis of abnormal development of the mesoderm induced by the dorsal neural tube…54

This view is scientifically parsimonious, in the sense that it explains the existence of tails that appear “normal” and those that are associated with defects:

An alternative hypothesis is that the principle cause is a disorder of secondary neurulation. Since secondary neurulation and formation of the tail bud begin prior to completion of primary neurulation (closure of the caudal neuropore), a disorder of the secondary neural tube or notochord could possibly affect closure of the neuropore and result in spinal cord lipoma and abnormal tail bud regression. Alternatively, tails with lipomas involving only the inferior conus medullaris or filum terminale may not involve primary neurulation at all. They may simply represent abnormal secondary neurulation without affecting the caudal neuropore, since these structures all arise from the caudal cell mass alone. The S4 hemivertebra in this case is further evidence of the abnormal development of the caudal cell mass. The spectrum of abnormalities seen with the human tail could possibly be explained then by the timing of the abnormality in caudal cell mass formation and regression. This would span the range from an early disorder resulting in spinal lipoma and tethering of the cord to the more infrequent later ones that cause only persistence of some of the tail bud tissue without spinal abnormalities.55

Without doubt, debate will continue over exactly why humans are occasionally born with tails. While the causes of this medical phenomenon are not fully understood, I have presented ample evidence from research literature that they are most readily and sensibly interpreted not as evolutionary relict, but as a developmental defect, often associated with other abnormalities. Yet another evolutionary icon has fallen to the data.