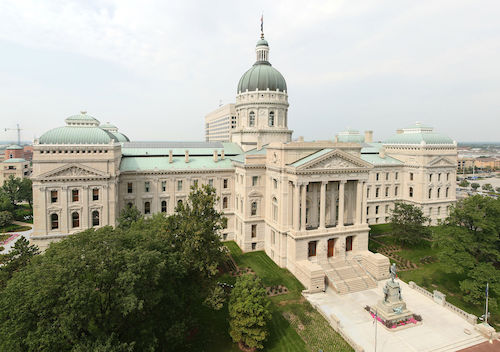 This week, the Indiana State Senate passed, by a 40-9 vote, a resolution recognizing the need for academic freedom for teachers when approaching controversial scientific issues.

The resolution, SR 17, notes in part:

Whereas, The Indiana General Assembly understands that an important purpose of science education is to inform students about scientific evidence and to help students develop the critical thinking skills they need in order to become intelligent, productive, and scientifically informed citizens;

Whereas, The Indiana General Assembly further understands the recommendation by the U.S. Congress, as stated in the report language of the 2001 No Child Left Behind Act, namely, “Where topics are taught that may generate controversy (such as biological evolution), that the curriculum should help students to understand the full range of scientific views that exist, why such topics can generate controversy, and how scientific discoveries can profoundly affect society”;

Whereas, The Indiana General Assembly understands that neither recommendations, nor endorsements, nor implications by the courts have the force of law, but to avoid legal or other conflicts, teachers should not be intimidated, fired, or restricted from following the recommendation named herein or students penalized for holding differing positions based on the evidence objectively presented, as long as they meet specified curriculum requirements otherwise;

Be it resolved by the Senate of the General Assembly of the State of Indiana:

SECTION 1. That the Indiana Senate urges the Department of Education to reinforce support of teachers who choose to teach a diverse curriculum.

“I am encouraged by the strong stand the Senate has taken in favor of open discussion and examination of evidence in science education,” said Senator Jeff Raatz, a sponsor of the resolution. He continued:

To be clear, this resolution only concerns subjects already allowed in the curriculum. It does not introduce new or additional topics. Indiana students benefit from practicing scientific inquiry skills in the classroom; SR 17 sends a signal to teachers that the Senate supports them in fostering an environment of critical thinking on scientific issues.

Indeed, so that there is no misunderstanding, let’s remind ourselves of what kind of teaching this legislation encourages. On evolution, that could include discussing, for example, whether the Galápagos finches provide evidence of macroevolution, or just microevolution. It could mean understanding the strengths and weaknesses of theories of universal common ancestry, by considering the fossil record and studying the Cambrian explosion.

Acknowledging the importance of examining the evidence for and against scientific ideas such as evolution is a step forward. Teachers face pressure to teach evolution and other subjects dogmatically. In this resolution, the Indiana Senate calls for freedom for teachers to present evidence objectively. Students will benefit from learning more about evolution and similar subjects, from practicing critical thinking, and engaging in scientific inquiry.

The alternative would be to insist that teachers be vulnerable to retribution for sharing this evidence with students. SR 17 is thus not “antiscience” nor does it “target evolution,” as the National Center for Science Education claims. Treating a theory as worthy of fair questioning based on mainstream scientific sources, just like any other scientific theory, is pro-science and demonstrates concern for scientific objectivity and academic freedom.

We commend the Indiana Senate for this action.