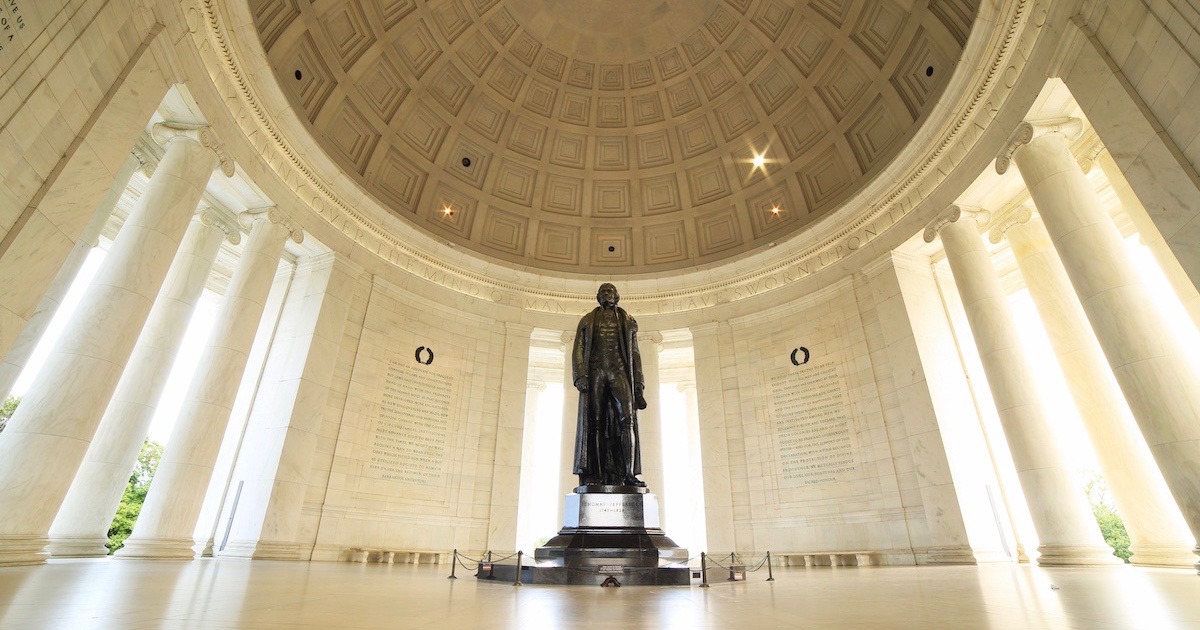 On Independence Day, it’s appropriate to review the sources of our rights as citizens. There is one source that is more basic than any other, yet that receives less than the attention it deserves. I refer to the idea that there is an intelligent creator who can be known by reason from nature, a key tenet underlying the Declaration of Independence — as well as, curiously, the modern theory of intelligent design.

“We Hold These Truths”

Jefferson himself thought that there was scientific evidence for design in nature. In 1823, he insisted so in a letter to John Adams:

Contemplating everything from the heavenly bodies down to the creaturely bodies of men and animals, he argued:

With such thoughts in mind, he wrote the Declaration, asserting the inalienable rights of human beings derived from “the Laws of Nature and of Nature’s God.”

Is Jefferson’s belief still credible in light of current science? The decades following Darwin’s publication of Origin of Species saw the rise of “social” Darwinism and eugenics, which suggested that the Jeffersonian principle of intrinsic dignity had been overturned.

Taken to heart, Darwin’s view of man does undermine the vision of the Founders. As evolutionary biologist George Gaylord Simpson explained, Darwinism denies evidence of design and shows instead that man is the product of a “purposeless process that did not have him mind.” Fortunately, discoveries in modern biology have challenged this perspective and vindicated Jefferson’s thinking.

Since 1953, when Watson and Crick elucidated the structure of the DNA molecule, biologists have increasingly come to recognize the importance of information to living cells. The structure of DNA allows it to store information in the form of a four-character digital code, similar to a computer code. As Bill Gates has noted, “DNA is like a computer program, but far, far more advanced than any software we’ve ever created.”

No theory of undirected chemical evolution has explained the origin of the digital information in DNA needed to build the first living cell on earth. Yet we know from repeated experience — the basis of all scientific reasoning — that information invariably arises from minds rather than from material processes.

Software programs come from programmers. Information — whether inscribed in hieroglyphics, written in a book, or encoded in radio signals — always comes from a designing intelligence. So the discovery of digital code in DNA points decisively back to an intelligent cause as the ultimate source of the information in living cells.

The growing evidence of design in life has stunning and gratifying implications for our understanding of America’s political history — and for our country’s future. On the anniversary of the Declaration of Independence, the evidence for “Nature’s God,” and thus for the reality of our rights, is stronger than ever.