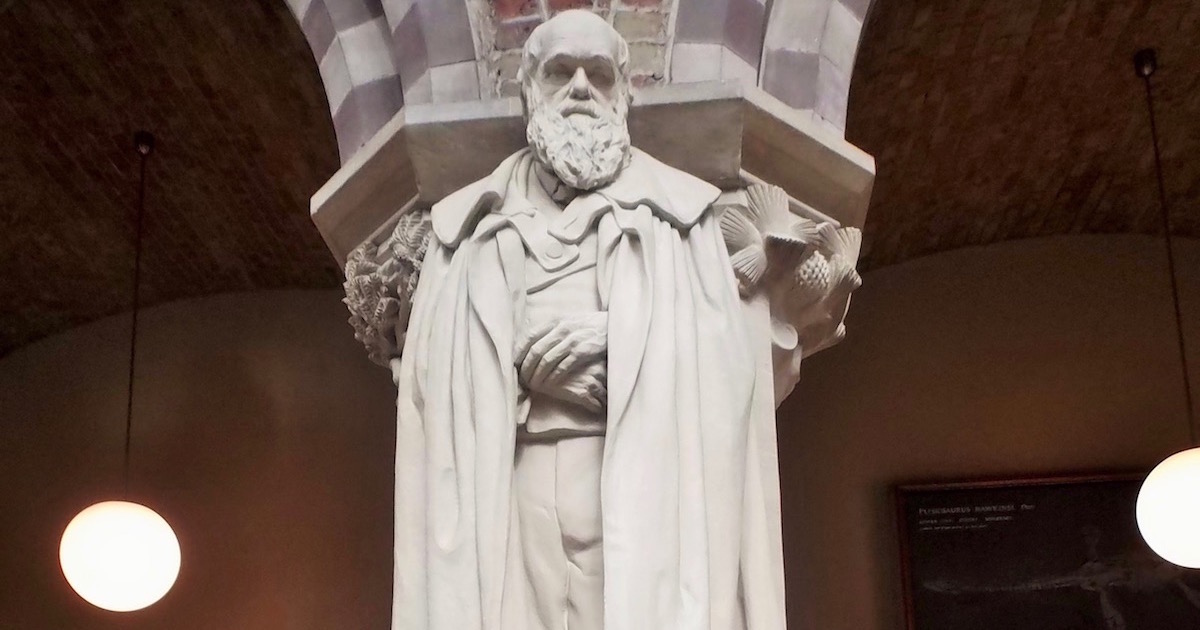 My family and I traveled in Europe recently. We saw Warsaw, Krakow, Vienna, Prague, and Weimar, all ancient seats of European power and history, and, in living memory, also subject to foreign occupation or control. I am old enough to remember the old Soviet regime that ruled these places, and the “iron curtain” that separated East from West. The Berlin Wall went up in 1961 and the world held its breath. The threat of nuclear war was very real. No one then could imagine the Soviet Empire ending peacefully or the Berlin Wall coming down.

Yet that is what happened. A quiet revolution began in Poland in the 1980s; Hungary and Czechoslovakia followed, then East Germany. And in 1989, East and West came together to celebrate as the metaphorical and actual Berlin Wall came down.

After the fall of Soviet communism and the restoration of civil rights in these countries, the people began to rebuild their societies. The superficial scars of communism began to be removed — statues came down, buildings were replaced, streets were renamed — but there was still the residue of communism, and it was stronger in some places than in others. Poland’s strong religious values largely protected its people from the indoctrination of communism. Czechoslovakia (since divided into the Czech Republic and Slovakia), on the other hand, had known a great deal of religious turmoil, and its people were not so lucky. The Czech Republic today is about 80 percent atheist.

Why do I mention this? When you live with an ideology long enough, it can take root in your mind and have a lasting effect, so that even if you never subscribed to it, it may still influence you in surprising, hidden ways. You can see this in the Google map of Prague. On the first layer of the map, you see monuments to Communist this, memorials to Communist that, and sex museums not normally associated with polite Western culture. That’s what’s on the surface, and it’s strikingly different from what a map of Austria, Poland, or East Germany would show. Going by the first level of the Google map, Prague appears to have no churches at all, yet there are actually many beautiful, historic churches in the city. You just have to look at a deeper level.

Zooming in on the Cofactors

What’s my point? There are several. We have lived under the evolutionary regime for longer than people lived behind the Iron Curtain. It has certainly affected our culture in hidden and not so hidden ways, with the evolutionary view being in the foreground, the first thing we see in our news and popular culture. Everything is framed in terms of material explanations, material needs, material goals. The good life is something to have, to experience, to master. Subtle and not so subtle messages declare that worth comes from physical beauty, celebrity, or power. These are all things that would improve fitness, according to Darwinian theory. So the regime has affected our thinking.

But there is another way of viewing the map analogy. You see, the surface stuff on the map of Eastern Europe was misleading. The truth was deeper down. This map analogy works surprisingly well with how evolutionary arguments go also. We read the evolutionary surface stuff, and what we get in big, bold letters are the surface views of evolution, the grand claims that the evidence for evolution is overwhelming. These kinds of statements are frequently given without justification. Reason is not front and center — argument from authority is. If you want to get to the truth, you have to know enough to know where to look.

Here’s a prime example: Part of the process of metabolism consists of the breakdown of glucose into carbon dioxide and water. That is called glycolysis. Enzymes promote the breaking of chemical bonds, while harvesting as much energy as possible from each bond as it is broken. To do this requires helper molecules called cofactors, which facilitate the reaction.

Think of the cofactors as being like tools. When you want to drive a nail, you pick up a hammer. When you need to cut wood, you get a saw. When a cell needs to transfer energy, it uses the cofactor ATP. When it needs to move electrons, it uses NAD. Another cofactor, THF, is called upon for making nucleotides, and CoA functions as a carrier molecule, making connections in the right places.

There are other parts of metabolism where major things happen also — the citric acid cycle, respiration, nucleotide biosynthesis, and so on — and cofactors are required for these, too. If you were to look at a biochemical map, the processes of glycolysis, the citric acid cycle, respiration, and so forth, would be like the different regions of a city, or the different lines of a subway system. Most of the time, you won’t see the cofactors listed, because they would be on the next layer down. You’d have to zoom in on the map to see those. So you might miss how important they are to metabolism. They link things together. But this truth about the metabolic pathway is hidden from a surface view of the map. You have to dig deeper.

Hang on. This is where it gets even more interesting. In metabolism, the cell either gets what it needs from somewhere else or it makes everything itself. Vertebrates like us get a lot from our food, but bacteria make most everything for themselves. If a cell is a free-living, independent organism like an alga (a bacterial cell able to make its food from sunlight, carbon dioxide, and a few minerals) it makes nearly everything. But when such a cell’s metabolism is examined carefully, it becomes clear that some things must have been there from the beginning. Once a cell is up and running, it is fine. But if it has to start from nothing, it can’t do it. The pump has to be primed.

Why? Let’s start with ATP. The cell needs ATP to store energy and transfer it. But in order to make ATP, you have to have at least six ATP already. ATP is a compound that needs itself to make itself. That’s a bit strange, like saying you have to have a cake to make a cake. Yet it’s true: you need to already have ATP to make ATP. This is because, in order to make ATP, you must add phosphate groups that come from ATP. This dependency, this causal circularity of ATP, seems to be the case universally in the prokaryotes studied by Kun et al.1 But things get even more baroque.

There are other cofactors besides ATP that the cell needs for its biochemistry to function, other cofactors besides ATP that are also causally circular, forming a kind of spiral staircase of relatedness. NAD is necessary for many essential reactions. It’s been in the news lately as the next elixir of life. The biosynthesis of NAD requires both itself and ATP. That loop thing again. THF is a cofactor involved in making nucleic acids. Pregnant women are asked to take folate, a precursor of THF, to prevent their babies from getting spina bifida, a birth defect of the spinal cord. The biosynthesis of THF requires NAD, ATP, and itself, THF. More loops. Another cofactor called coenzyme A moves molecules from one place to another. CoA needs itself, ATP, NAD, and THF.

These cofactors tell a hidden story that shows how wrong the evolutionary story is. If you look at the surface of the biochemical map, you see glycolysis and respiration and photosynthesis, and the reactions can be quite elaborate and amazing. You might notice that yes, you need ATP there and there, and NAD there and there, but not pay all that much attention. Until you ask, But where do they come from?

That’s the Way Life Is

There is no way to evolve a system where you have to have the thing you’re making in order to make it. And in a cell it’s even worse. You have to have ATP to make ATP, but you also have to have NAD and THF and CoA. But to make any of these things, you also need enzymes, and a way to make enzymes, and that means you need DNA and ribosomes… In short, to make a cell, you need to have a cell first. Life is causally circular. Life is that which makes itself.

What we have is chickens and eggs all the way down.

To put it bluntly, as the authors of the paper where I first read about this said, “Without [the presence of ATP, NAD, and other causally circular molecules], kick-starting metabolic networks is impossible, even if all enzymes and genes are present in the same cell.”2

This should be a showstopper for the unguided origin of life. Perhaps it may be, but it hasn’t yet stopped the show. In fact, origin-of-life researchers see causal circularity as an answer to the problem of getting the first replicator, that first something that reproduced itself. They don’t care about having to explain how it arose, as long as it stimulates its own production.

There to Be Found

Right now, evolutionists still control the journals and professorships. But they do not control reality, the facts of biology, or, more specifically, the facts of metabolism. They can control the way these things are represented, but the data beneath is what it is, and thus is there to be found for those who seek it. Underneath the giant labels Glycolysis, Citric Acid Cycle, and Respiration, if you zoom in close, you will see ATP, NAD, and CoA doing their work. If you move to the part labeled Nucleotide Biosynthesis, you will find all four cofactors in action. And each is linked to each, beginning with ATP, in a daisy chain of causal circularity woven by what must be an intelligent designer.

What brought down the Iron Curtain was reality, both economic and social. The communist system of centrally regulated economics, with wage and price controls, led to a stagnant and eventually collapsed economy. People could be lied to for only so long before they had had enough.

Might it be that someday the stagnant idea of unguided evolution will also end, when people have had enough?

Editor’s note: A version of this article appears in Salvo 50. It is published here with the permission of Ann Gauger.