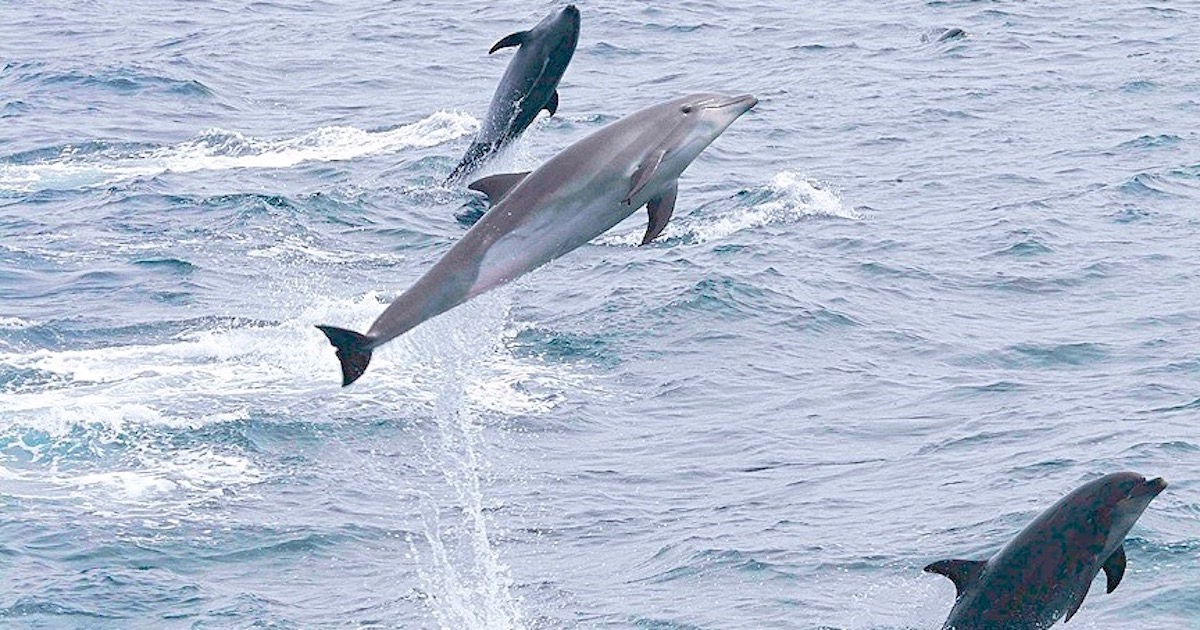 Some biologists might shudder at the thought of eliminating Darwinism from their scientific work. A “Darwin-ectomy” sounds more painful than a tonsillectomy or appendectomy. To hard-core evolutionists, it might sound like a cephalectomy (removal of the head)! If Darwinism is as essential to biology as Richard Dawkins or Jerry Coyne argues, then removing evolutionary words and concepts should make research incomprehensible.

If, on the other hand, Darwinism is more of a “narrative gloss” applied to the conclusions after the scientific work is done, as the late Philip Skell observed, then biology would survive the operation just fine. It might even be healthier, slimmed down after disposing of unnecessary philosophical baggage. Here are some recent scientific papers in the Proceedings of the National Academy of Sciences (PNAS) to use as test cases.

In PNAS recently, Adam C. Soloff and Michael T. Lotze reviewed findings by Liu et al. about the immune system. Suffused within the narrative is plenty of Darwinspeak. Does it add anything of value?

Immunity evolved as an impossibly elegant, yet devastatingly destructive force to combat pathogens, environmental insults, and rogue malignant cellular agents arising from within. The immunologic arsenal developed in a veritable coevolutionary arms race with the world’s pathogens, culminating in lymphocytic weapons of mass destruction. Indeed, T cells and B cells endowed with antigen specificity, the capacity for clonal expansion, and most importantly, long-lived memory, represent the pinnacle of such evolution. Together with the innate immune response, the adaptive immune system holds the power to mediate sustained inflammatory responses with such voracity that tissues, organs, or the host itself may endure critical collateral damage. To preserve balance, adaptive immunity has developed under the guiding principle of primum non nocere, or “first, to do no harm,” limiting the aggression of the innate immune response (e.g., septic shock, penumbra of cerebrovascular and brain infarcts). Herein, redundant mechanisms to preclude aberrant deleterious immunity have evolved as the predominant state of being, establishing a significant molecular and cellular threshold to initiate and maintain inflammation. Often overlooked, following the excitement of the active immune response, are the critical means by which the host resolves the inflammatory process, restoring local and systemic balance. The findings by Liu et al. provide further description of molecular processes and cellular mediators of the resolution process, shedding light on mechanistic aspects of immune homeostasis. [Emphasis added.]

What, exactly, does the e-word evolved add to the understanding of the adaptive immune system? It adds fat, not meat. The essential parts of the explanation could be conveyed easily without Darwin. Basically,

Isn’t that cleaner? The reader can breathe easier without the smoke of being told over and over that all these elegant mechanisms “evolved.”

Seven biologists looked for “convergent evolution” between two very different mammals — whales and bats — that use echolocation. Amir Marcovitz et al., in PNAS, relied on Darwinism for their research. It’s right there in the title: “A functional enrichment test for molecular convergent evolution finds a clear protein-coding signal in echolocating bats and whales.” The researchers found not only phenotypic convergence, but convergence all the way down to protein molecules! Can the findings survive a Darwin-ectomy? Sounds like a tough operation.

Echolocation is a prime example of convergent evolution, the independent gain of similar features in species of different lineages. Is phenotypic convergence driven by underlying molecular convergence? If so, could molecular convergence include contributions from highly constrained, often-pleotropic, coding regions? We develop a generalizable test that offers a resounding “yes” to both extensively debated questions. Our test highlights molecular convergence in genes regulating the cochlear ganglion of echolocating bats and whales, the skin of aquatic mammals, and the lung of high-altitude mammals. Importantly, the approach correctly dismisses confounding convergence-like patterns, such as those from sequence decay of vision genes in blind subterranean species, and is readily applicable to the thousands of genomes sequenced across the tree of life.

Their work not only relies on Darwinism, but promises to help future research. How could anyone claim that Darwinism is useless to this paper? Actually, it’s quite easy. It’s as easy as showing that any other kind of circular reasoning is useless in science. These seven biologists assumed evolution, and concluded evolution. The observations had nothing to do with it.

Some extreme examples can show the fallacy. Humans and turtles can hold their breath underwater. Is that convergent evolution? Turtles can’t think, but humans can. Is that divergent evolution? If tricycles and race cars alike are found to contain both aluminum and iron, did they obtain those through blind, unguided processes? So it is with two very different mammals — bats and whales — that use sound for echolocation. Neither the similarities nor differences prove convergent evolution (or divergent evolution, for that matter), unless you start with that assumption. It’s a non sequitur to conclude they evolved.

You can cherry-pick the evidence to support a previously assumed explanation. In this paper, against a backdrop of previous failures to find convergence at the molecular level, the team celebrates their discovery of gene enrichment for cochlear ganglion, lung, and skin — but not for a multitude of other traits that should have converged, such as for pharynx, sound generation, and behavior. Even at that, their findings are statistical, not causal, and fail to include potential non-coding influences on the genes. If bats and dolphins were found to use completely different proteins for the cochlear ganglion, the authors would undoubtedly have explained that by evolution, too. No matter how similar or different the animals are in other respects, the conclusion is predetermined: they evolved the common trait, as well as the different traits. In this game, evolutionists can’t lose.

Oh yes, this approach will surely help evolutionists with their future research. All they have to do is apply circular reasoning, too. Science marches on!

The paper could be completely revamped without references to evolution, and would be better for it. The researchers could have learned from the similarities and differences in bats and whales, studied the design principles for echolocation in air compared to echolocation in water, and applied the knowledge to human sonar or ultrasonic sensing. Without the evolutionary fat, the science would be useful and productive for human flourishing. Instead, the biologists wasted time on a myth that blind, unguided processes can take sound and build complex systems that can utilize it. That’s ridiculous. Anyone who has watched Illustra’s detailed animation of dolphin echolocation should realize that sound has no such creative power.

It would seem an impossible challenge to research Darwin’s finches without reference to Darwin or Darwinism. Yet in their latest paper in PNAS, Peter and Rosemary Grant, who have spent their careers studying these icons of evolution, once again show that science has no need for the Darwin hypothesis. In fact, they created more problems for Darwinism than support.

Adaptive radiations, comprising many species derived from one or a small number of ancestral species in a geologically short time, are prominent components of the world’s biodiversity. Introgressive hybridization of divergent species has been important in increasing variation, leading to new morphologies and even new species, but how that happens throughout evolutionary history is not known. A long-term field study of Darwin’s finches on Daphne Major island, Galápagos, shows that introgression enhances variation and increases the potential for future evolution. We use a dated phylogeny to infer that populations became more variable in morphological traits through time, consistent with this enhancement effect, and then declined in variation after reaching a maximum. Introgression may be especially important with future climate change.

It will take some radical surgery to remove the Darwinian concepts in the Grants’ paper, but will the science survive? Take a closer look at what they actually found. First of all, they admit that the effect of introgressive hybridization on adaptive radiation is “not known.” Ponder that for a moment. After 160 years, has Darwinism been so useless that it has not shed light on a process that should have been well known by now, particularly with these iconic birds? Even worse, though, is that introgression and hybridization involve shuffling existing genetic information. It has nothing to do with variation by random mutation being “selected” by a blind watchmaker, much less being able to build an irreducibly complex system. Search for “selection” in the paper and you find only faith, not evidence, that natural selection might work in tandem with introgressive hybridization to produce new species. The only examples of selection they offer involve microevolution, not innovation. For those, they do lateral passes to other Darwinists in the references.

Finally, the finches are still finches. In Darwin Devolves, Behe argues that all species of finches can vary up to the family level without supporting Darwinism. The variations observed by the Grants amount to dimes and pennies in hundred-thousand-dollar transactions, he quips. And did you notice the Grants admitting that the finches’ variability declined after reaching a maximum? How is that going to fit Darwinism, which requires unlimited variability and progress?

The research on these beautiful, well-designed birds could have been done by someone like Gregor Mendel, who found discrete shuffling of existing traits in peas instead of blending inheritance that Darwin expected. Students could learn about how the shuffling occurs, permitting the birds to survive in oscillating conditions. They could learn about how adaptation of complex systems to changing environments requires Foresight, as Marcos Eberlin has shown. The work of Peter and Rosemary Grant on Darwin’s finches has offered nothing of substance to support Darwin’s theory, despite the name. They have not shown that natural selection (even if assumed to have creative power) can surpass the family level and proceed upward to make human brains from bacteria. As confirmation of Darwinism, it has been a tragic waste of time. But all is not lost. Their work has been very helpful to design advocates, showing that, at best, Darwinism can add a millimeter to a bird beak here and there, until the drought ends.

So, here are three papers in America’s premier science journal that appear at first glance to need Darwinism, use Darwinism, support Darwinism, and thereby impart useful scientific knowledge. After subjecting them to Darwin-ectomies, though, the science not only survived, but proved healthier and more useful. Science will do better without the useless fat thinking that blind, unguided processes can account for bats, whales, and immune systems.