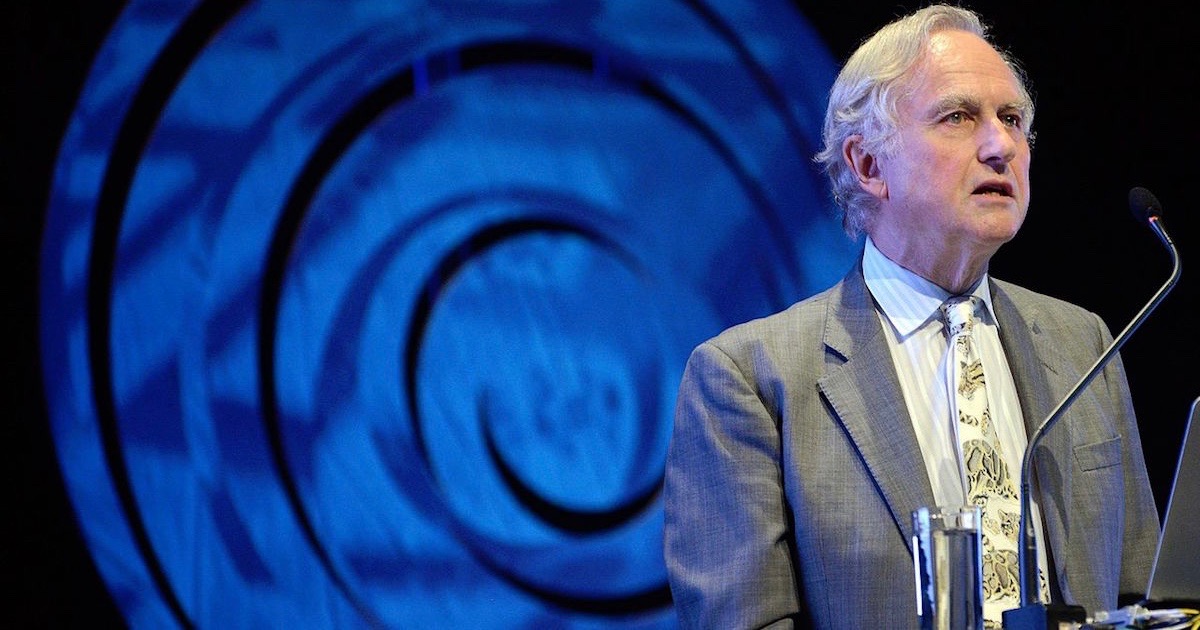 He is hoist with his own petard, I would say. Richard Dawkins was scheduled to speak about his new book at an event in Berkeley, courtesy of a “local progressive radio station.” When they found out about his tweets on Islam, they disinvited him. From The College Fix:

Richard Dawkins’ biggest critics used to be conservative Christians. Now they’re Berkeley progressives who defend anything and everything Islamic.

The militant atheist, evolutionary biologist and former University of Oxford “professor for public understanding of science” was supposed to speak about his new collection of essays at a Berkeley church, sponsored by a local progressive radio station, KPFA.

Then the station learned about his tweets critical of Islam and cancelled the Aug. 9 event.

We had booked this event based entirely on his excellent new book on science, when we didn’t know he had offended and hurt — in his tweets and other comments on Islam, so many people.

KPFA does not endorse hurtful speech. While KPFA emphatically supports serious free speech, we do not support abusive speech. We apologize for not having had broader knowledge of Dawkins views much earlier.

Fellow atheists are in an uproar, including one past holder of our Censor of the Year award. Well, boo hoo, but Dawkins has fallen into a trap that he and his pals helped set. Why do I say that?

You have no doubt observed yourself that our culture is riven by a conflict pitting two irreconcilable views of the world. I’m very interested in the way that a range of seemingly unrelated opinions – on science, politics, religion, etc. — tend to hang together, at least in the American context.

One worldview is animated by the idea of a unique human dignity. The other, citing evolution among other things, rejects human exceptionalism with outrage. Mixed with this rage is a certain characteristic spiteful preening, a pride in its superior sophistication in scorning the idea that there’s anything exceptional about humanity. This goes along with an intolerance for competing ideas, especially notable on campuses now — a readiness, almost an eagerness to take offense. Such attitudes come packaged together with a remarkable predictability.

This pride is a shallow counterfeit of dignity, which, by contrast, can bear up rather easily under the thought that someone might disagree with you. Of course, one of these goes more naturally than the other with an openness to traditional religious faith. Dignity is something bequeathed from outside nature. Pride is not.

Dr. Dawkins was taken by surprise at being “deplatformed.” And it really is disturbing to see how college communities in particular are becoming safe spaces for authoritarianism and censorship, as Darwin skeptics were among the first to notice. But the view of reality that Dawkins and other evolutionary atheists encourage has helped bring us to this point. He has fallen victim to pride.