[Editor’s Note: This is slide 5 in a series of 14 slides available at JudgingPBS.com, a new website featuring “Darwin’s Failed Predictions,” a response to PBS-NOVA’s online materials for their “Judgment Day: Intelligent Design on Trial” documentary.] 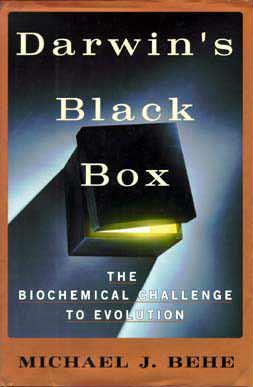 “Darwin was ignorant of the reason for variation within a species,” writes Lehigh University biochemist Michael Behe in his book Darwin’s Black Box, “but biochemistry has identified the molecular basis for it.”1 There were other things that Darwin did not know. For example, Darwin assumed that the cell was like a primitive blob of protoplasm that could easily evolve new biological functions. As Behe explains, “To Darwin, then, as to every other scientist of the time, the cell was a black box. … The question of how life works was not one that Darwin or his contemporaries could answer.”2

Modern technology has allowed biochemists to open Darwin’s black box, revealing a micro-world of mind-boggling complexity. Even leading proponents of evolution have acknowledged this complexity. Past U.S. National Academy of Sciences President Bruce Alberts has described this complexity in the journal Cell as an elaborate factory: “The entire cell can be viewed as a factory that contains an elaborate network of interlocking assembly lines, each of which is composed of a set of large protein machines.”3

But could such integrated complexity evolve in a stepwise, Darwinian fashion? Behe recalls that in Origin of Species, Darwin admitted that if “any complex organ existed which could not possibly have been formed by numerous, successive, slight modifications, my theory would absolutely break down.”4 According to Behe, “by opening the ultimate black box, the cell,” modern biochemistry “has pushed Darwin’s theory to the limit.”5

The simplest cell requires hundreds of genes, numerous complex biological machines and biochemical pathways, and a fully functional genetic code in order to survive. Darwinian evolution — blind natural selection acting on random mutations — has failed to provide Darwinian explanations for how basic cellular biochemistry might have evolved. Five years after Behe published Darwin’s Black Box, biochemist Franklin Harold stated an Oxford University Press monograph that “there are presently no detailed Darwinian accounts of the evolution of any biochemical or cellular system, only a variety of wishful speculations.”6