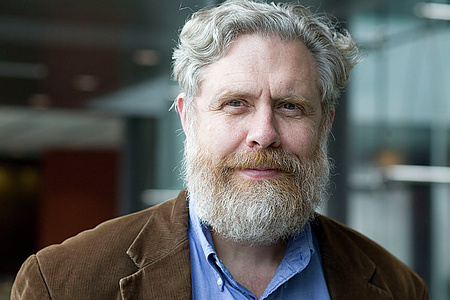 Harvard geneticist George Church has said some fascinating things on the theme of intelligent design. He’s particularly interested, if I’m summarizing correctly, in the idea of biology as engineering. So is Discovery Institute’s Stephen Meyer. Which is why, having read some of his published remarks, we sent Dr. Church an advance copy of Darwin’s Doubt asking that he look in particular at the middle section of the book, "How to Build an Animal," which deals precisely with the massive engineering problems facing Darwinian evolutionary theory.

We were grateful to get back this gracious comment, which appears on the dust jacket.

While very gratifying to have his warm wishes, it’s not shocking that Dr. Church would share them with us. Back in 2008 he participated in a recorded seminar, "Life: What a Concept!," with Freeman Dyson, Robert Shapiro, J. Craig Venter, and others. �He said:

As a scientific discipline, many people have casually dismissed Intelligent Design without carefully defining what they mean by intelligence or what they mean by design. Science and math have long histories of proving things, and not just accepting intuition — Fermat’s last theorem was not proven until it was proven. And I think we’re in a similar space with intelligent design.

The ribosome, both looking at the past and at the future, is a very significant structure — it’s the most complicated thing that is present in all organisms. Craig does comparative genomics, and you find that almost the only thing that’s in common across all organisms is the ribosome. And it’s recognizable; it’s highly conserved. So the question is, how did that thing come to be? And if I were to be an intelligent design defender, that’s what I would focus on; how did the ribosome come to be?

Is he an advocate of intelligent design like Stephen Meyer? No. Is he a very interesting, independent thinker, who has made some suggestive comments relevant to ID, about which one would like to have the opportunity to question him much further? Yes.

Ponder that while you go over now to DarwinsDoubt.com to pre-order your own copy of Dr. Meyer’s book and receive the steep discount we’ve been talking about. That offer ends at close of business today, and will not come back.