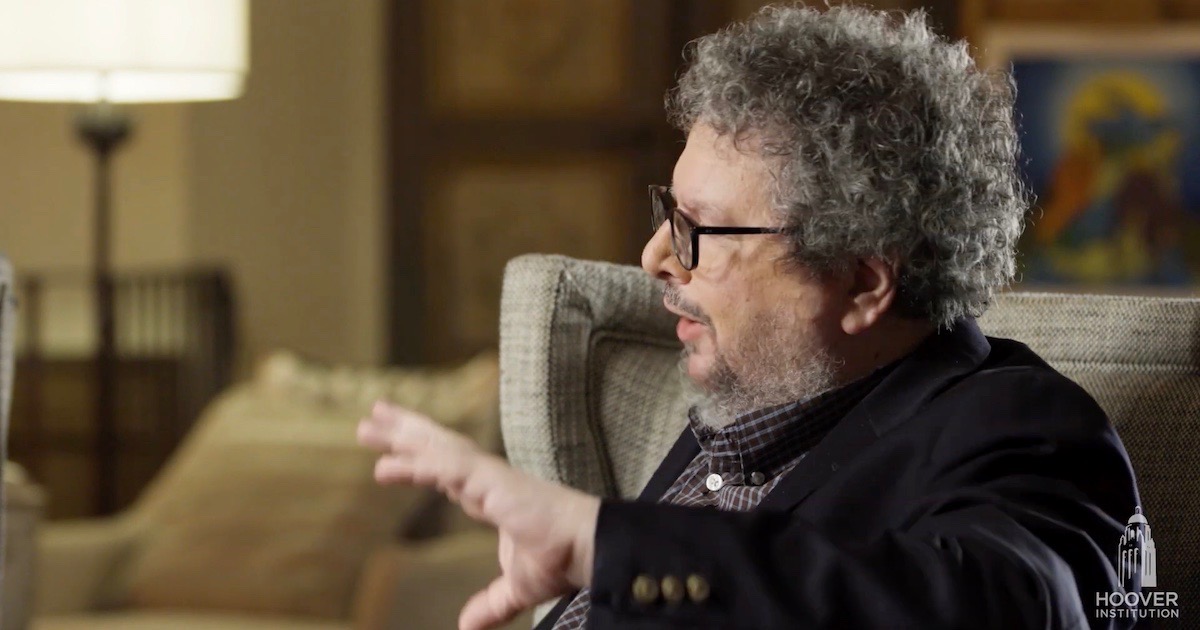 Gelernter said an ideological bent has taken over the field of science. There are good scientists doing good work, “but we have a cautionary tale in what happened to our English departments and our history departments could happen to us, God forbid,” he said.

Gelernter said he likes many of his colleagues at Yale, that they are his friends, but when he looks at “their intellectual behavior, what they have published — and much more importantly what they tell their students — Darwinism has indeed passed beyond a scientific argument as far as they are concerned. You take your life in your hands to challenge it intellectually. They will destroy you if you challenge it.”

“Now, I haven’t been destroyed, I am not a biologist, and I don’t claim to be an authority on this topic,” Gelernter added, “but what I have seen in their behavior intellectually and at colleges across the West is nothing approaching free speech on this topic. It’s a bitter, fundamental, angry, outraged rejection [of intelligent design], which comes nowhere near scientific or intellectual discussion. I’ve seen that happen again and again.”

Gelernter acknowledges “I am attacking their religion and I don’t blame them for being all head up, it is a big issue for them.”

How does the field of biology get over Darwin? Gelernter said the outlook is bleak.

“Religion is imparted, more than anything else, by the parents to the children,” he said. “And young people are brought up as little Darwinists. Kids I see running around New Haven are all Darwinists. … The students in my class, they’re all Darwinsts. I am not hopeful.”

But in his piece for Claremont Review, Gelernter pointed out that “this is one of the most important intellectual issues of modern times, and every thinking person has the right and duty to judge for himself.”

“I Am Attacking Their Religion”

Fully as important as David Gelernter’s personal apostasy from Darwinism is his testimony about what happens to scientists who choose to “judge for themselves” when it comes to biological origins. Note: an “ideological bent has taken over the field of science,” “Darwinism has indeed passed beyond a scientific argument…. You take your life in your hands to challenge it intellectually. They will destroy you if you challenge it.” “What I have seen in their behavior intellectually and at colleges across the West is nothing approaching free speech.”

The “bitter, fundamental, angry, outraged rejection” of intelligent design “comes nowhere near scientific or intellectual discussion.” Indeed, in rejecting Darwinism, “I am attacking their religion.”

You can be persuaded, or not, by Dr. Gelernter’s reasoning in his own turning away from orthodox evolutionary thinking. But there’s no denying his confirmation that scientists are not free to draw any reasonable conclusion about evolution. They are under a dire career threat if they should do so. This is how the scientific “consensus” in favor of Darwinism is maintained: by fear. Here is a scientist, if not a biologist, reporting from inside the academy.

The wonder is that Gelernter himself has not been destroyed. Brave man!