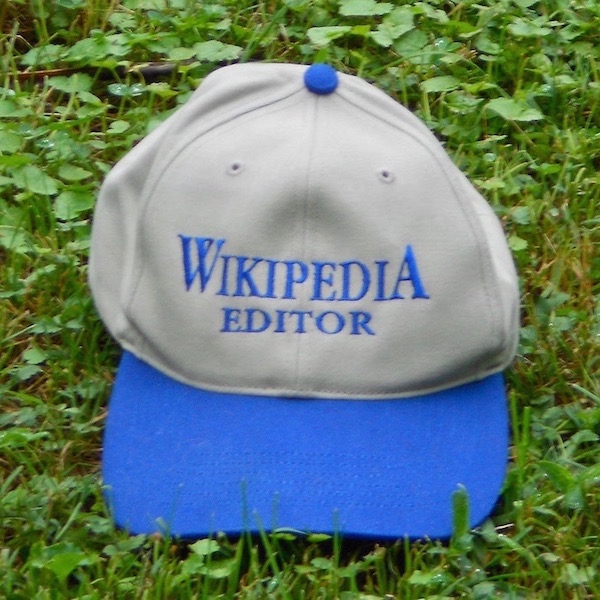 In the few weeks since the fate of paleontologist Günter Bechly at the hands of Wikipedia editors came to light, we’ve been reminded of an important truth: the world is far too dependent on the well-known online encyclopedia. Its treatment of intelligent design and ID scientists, like the now-erased Dr. Bechly or the disemboweled Dr. Walter Bradley, is a case in point.

Here are links to recent posts:

We so long ago gave up on the main entry on ID itself that I’ve hardly mentioned it. But the first sentence is a distortion or a lie, depending on how charitable you feel about it.

Intelligent design (ID) is a religious argument for the existence of God.

ID is neither of those things. Nor is it, as they go on, “pseudoscience,” a “form of creationism,” “lack[ing] empirical support and offer[ing] no testable or tenable hypotheses.” These are all complaints we’ve addressed many times over.

What readers most need to understand about Wikipedia is that the editors are almost all pseudonyms of volunteer non-authorities. Many have an axe to grind. They wield power over mass opinion not because they’re objective or knowledgeable but simply by virtue of being dedicated to Wikipedia, on call at a moment’s notice to “fix” any correction they don’t like. The sociological profile there, someone with that kind of free time on his hands, guarantees that the page will attract people unfriendly to an idea like the design hypothesis.

Who’s been editing the ID entry lately? Check out the Revision history. The participants’ User pages can be interesting to read. The editors include, most recently, PaleoNeonate, claiming expertise in Computer Science, “a male born in the seventies in Canada. I am not notable.” He says, under Interests, that he is “an agnostic with naturalist pantheistic tendencies, who has long ceased to believe in the supernatural.”

One week ago, someone cut the word “religious” in the description of ID as a “religious argument.” That was on October 27 at 6:41 pm. At 6:43 pm, PaleoNeonate was on the scene, putting “religious” back in. Two minutes later! These people can wear anyone out.

PaleoNeonate is not a rarity. MrBill3, another editor, is “a skeptic who works as a nurse in the Intensive Care Unit.” Pepperbeast is “from Earth,” “interested in New Zealand,” “interested in religion as an anthropological and historical phenomenon,” a “freethinker,” a “skeptic,” and a “foodie.” MPants at Work is “a (male) skeptical liberal atheist feminist American gun nut SJW.” He lets loose with a paragraph of insults and profanities if you care to check it out.

Some editors sound like normal people. Others appear random. Roxy the dog is a dog owner who just discovered that his pet has lymphoma, which is sad to hear. The only other information about Roxy is that he “resists the POV pushing of lunatic charlatans.” Others give neither a real name nor any other information at all to go on.

Someone called “dave souza” sounds like that could be his actual name. In a short autobiography on his page, written in the third person, he is frank about his bias against ID:

Irritated by something in the Charles Darwin article which didn’t fit with his memory of a library book, he borrowed the book and was soon involved in extensive revisions of the page and adding related articles. Nine months later he was still renewing the book and distilling its goodness into offshoots like the “the Devil’s Chaplain” while frantically editing related texts like Radicalism. He strayed into the history of creationismm [sic] leading to an unhealthy fascination with the great intelligent design con. Soon he was spending sunny days when he should have been out mowing the lawn hunched over his laptop, as each edit spawned innumerable corrections to other articles or new red links demanding to be fed. [Emphasis added.]

Now pull back and consider. ID poses an ultimate question that should be of interest to all thoughtful people. It’s a scientific argument, not a religious one. It’s not an argument for God’s existence, though it’s compatible with theism. The latter prompts us to expect evidence of purpose in nature.

Looking up ID on Google is very often the beginning and end of people’s investigation of the design question. Directed immediately to Wikipedia, the reader will find an article that starts out with a distortion, edited by this cast of pseudonymous characters. Few visitors to the page will think to wonder where the information came from, or who maintains or edits it. It’s like something out of a very weird and bad dream.